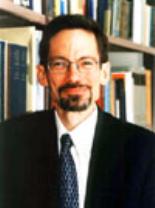 After completing traditional yeshiva studies and earning a law degree in Vilna, Noah Golinkin (1914-2003) emigrated from his native Poland to the United States in 1938. He earned a master’s degree in American history at Clark University before enrolling as a rabbinical student at the Jewish Theological Seminary in New York City.

In late 1942, Golinkin, together with fellow-JTS students Jerome Lipnick and Moshe “Buddy” Sachs, Golinkin established the “European Committee of the Student Body of the Jewish Theological Seminary,” to publicize the plight of Europe’s Jews. Their first public program was a Jewish-Christian inter-seminary conference on European Jewry, in February 1943. Several hundred students and faculty, including representatives of eleven Christian seminaries, attended the sessions, which alternated between JTS and the nearby Union Theological Seminary. Speakers included prominent Jewish and Christian leaders and relief experts.

Golinkin, Lipnick, and Sachs authored a number of articles and letters in the spring of 1943, in which they took American Jewry to task for not actively pressing the Roosevelt administration to rescue Jews from Hitler. Their essay, “Retribution Is Not Enough,” in the March 5, 1943 issue of The Reconstructionist, was particularly hard-hitting. The student activists’ words of rebuke made a strong impression on the Synagogue Council of America, the national umbrella group for Orthodox, Conservative, and Reform synagogues. Shortly after meeting with Golinkin, Lipnick, and Sachs, the Synagogue Council established an emergency committee to raise Jewish and Christian awareness of the Nazi genocide and urge Allied intervention.

Closely following suggestions made by the students, the Synagogue Council undertook a nationwide campaign to coincide with the traditional seven weeks of semi-mourning between Passover and Shavuot. Numerous synagogues adopted the proposals to recite special prayers for European Jewry, limit “occasions of amusement,”observe partial fast days and moments of silence, write letters to political officials and Christian religious leaders, hold memorial rallies, and wear black armbands.

The rallies, held around the country on May 2, 1943, in many instances were jointly sponsored by Reform, Conservative, and Orthodox rabbis. The Federal Council of Churches organized memorial assemblies at churches in a number of cities on the same day, although Christian participation overall was modest. The gatherings received significant media coverage and increased public awareness of the Nazi slaughter of European Jewry.