While he was a student at Stanford University in 1934, future U.S. Senator Alan Cranston (1914-2000) visited Germany. He was appalled by German totalitarianism and antisemitism. After graduating from Stanford in 1936, Cranston returned to Europe and spent time in Germany, as well as fascist Italy, as a correspondent for the International News Service. During this time, he became well acquainted with Hitler’s book, Mein Kampf, which he read in the original German.

Shortly after returning to the United States in 1939, Cranston discovered that the English-language version of Mein Kampf which was circulating in the U.S. had been sanitized so that American readers would not be aware of the extent of Hitler’s plans for war and destruction of the Jews. “It was purged of its most vitriolic ravings,” he told Prof. Deborah Lipstadt in a 1985 interview.

Cranston and a friend, Hearst newspaper editor Amster Spiro, decided to publish their own version of the book, which would present the entire, unedited text, together with Cranston’s critical commentary. “I dictated it in about eight days to a battery of secretaries in a loft in Manhattan,” he later recalled. One of the secretaries, who was Jewish, misunderstood the nature of the project and reported to the Anti-Defamation League that Cranston appeared to be preparing Nazi propaganda. ADL staff researcher Benjamin Epstein investigated, realized what Cranston was doing, and ended up assisting him with the research.

The final product was a 32 page tabloid totaling about 70,000 words (down from the original 270,000). Cranston’s remarks refuting Hitler were directly interspersed throughout the text. He called it a “Reader’s Digest-like version” of Mein Kampf. They priced it at ten cents, and sold 500,000 copies in ten days, according to Cranston. While Houghton Mifflin was paying Hitler royalties from sales of the sanitized edition, the Cranston version carried a blurb which read “Not 1 cent of royalty to Hitler,” and pledged to send the profits to refugees fleeing the Nazis.

During this time, Cranston frequently wrote sympathetic human interest stories for the Seven Arts Syndicate based on interviews with the small number of Jewish refugees who succeeded in reaching the United States. In one instance, Cranston reportedly persuaded a Manhattan attorney to intervene on behalf of several refugees whose visas were invalid and were about to be shipped back to Europe.

Cranston’s literary career ended when Hitler decided to sue Cranston for copyright infringement. It was the only instance in which the Nazi dictator filed a lawsuit against an American citizen. Cranston’s lawyers offered several novel arguments in his defense. For example, they claimed Mein Kampf was in the public domain, and therefore not subject to copyright restrictions, because Hitler was stateless when he wrote it. (He had lost his Austrian citizenship in 1918 because he served in the German army in World War I, and did not receive Germany citizenship until 1932.) They also argued that since Hitler had copyrighted Mein Kampf in Austria, and since “he had destroyed Austria with his army, he destroyed his copyright at the same time.”

Cranston lost the suit, and was compelled both to cease printing the book and destroy all unsold copies. Still, “we did wake up a lot of Americans to the Nazi threat,” Cranston recalled. Concerned at the threat of additional lawsuits, Cranston dropped his Mussolini project and decided to abandon journalism for politics. 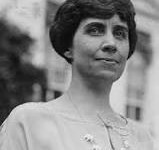