Supreme Court Justice Felix Frankfurter (1882-1965) was close to President Franklin D. Roosevelt but was reluctant to raise matters of Jewish concern with the president.

Born in Vienna and raised in New York City, Frankfurter gained renown as a member of the Harvard University law school faculty and as a social activist. He was confounder of the American Civil Liberties Union and an ardent supporter of the New Deal. A number of Frankfurter’s young legal associates, nicknamed “Felix’s Happy Hot Dogs,” secured positions in the administration, and Frankfurter himself became a trusted adviser to President Roosevelt soon after FDR’s election in 1933.

Ambivalent about his Jewish identity, Frankfurter labored to distance himself from his Orthodox Jewish upbringing and to avoid any perception that his views were affected by his immigrant roots. During the 1930s, he seldom mentioned the Jewish refugee issue to President Roosevelt. Even when his uncle, Dr. Solomon Frankfurter, was arrested by the Nazis in 1938, Frankfurter declined to ask FDR to intervene. When a news report later incorrectly attributed his uncle’s release to American intervention, Frankfurter wrote to the president to assure him that he had not sought the help of any U.S. official, so as to avoid incurring “any charge of favoritism.”

Deluged with letters from European Jews seeking his assistance to immigrate to the United States, Frankfurter forwarded the appeals to the director of the Federation of Jewish Charities, with instructions to send them “just a word of acknowledgment.” The idea of asking the White House to admit more Jewish refugees was unthinkable.

In 1938, following the death of Justice Benjamin Cardozo, Roosevelt appointed Frankfurter to the Supreme Court. At this point, Frankfurter withdrew almost completely from any Jewish communal involvement, including from the American Zionist movement, with which he had been associated in the 1920s at the behest of Justice Louis Brandeis.

Frankfurter maintained his almost complete silence on Jewish affairs during the years of the mass murder of Europe’s Jews, 1941-1945. After hearing a first-person account of Nazi atrocities from the Polish Underground courier Jan Karski in 1943, Frankfurter replied, “Mr. Karski, I am unable to believe you.” Challenged by the Polish ambassador, who was also present, Frankfurter responded, “Mr. Ambassador, I did not say this young man is lying. I said I am unable to believe him. There is a difference.” He did not elaborate.

Ultimately, Frankfurter’s decision to refrain from speaking out against the Holocaust stemmed less from disbelief than from concern about jeopardizing his cherished relationship with the president. Frankfurter’s final words to his biographer, shortly before his death, were telling: “Let people see how much I loved Roosevelt, how much I loved my country.” 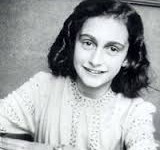