McGovern (1922-2012), a pilot of a B-24 “Liberator” plane in the 455th Bomb Group, was stationed at Cerignola, an Allied air base in the Italian province of Foggia. From their new bases in recently-liberated Italy, the Allies began striking an array of targets in central and eastern Europe that they could not previously reach. In the summer of 1944, Allied bombers began to target synthetic oil factories that the Germans had set up in the coal-rich Polish region of Upper Silesia. Since oil was crucial to the German war effort, the factories were considered an important military target. Many of the oil facilities were situated in close proximity to the Auschwitz death camp. One, known as Monowitz, was located less than five miles to the east of the gas chambers and crematoria.

On Christmas afternoon, 1944, McGovern was assigned to participate in a bombing raid on oil factories at “Oswiecim.” The next day, McGovern’s squadron reached the oil plants at Monowitz and dropped fifty tons of bombs. A few stray bombs accidentally struck an SS sick bay and killed five SS men. The previous month, the Germans, anticipating the Red Army’s arrival, had ordered the dismantling of the mass-murder machinery–but U.S. officials did not know that, and thus it did not affect the decision to refrain from bombing the camp.

As early as June 1944, American Jewish groups urged the bombing of the railways leading to Auschwitz. The War Department rebuffed the proposal on the grounds that it would necessitate “diverting” military resources from more urgent operations. In a 2004 meeting with interviewers from the David S. Wyman Institute for Holocaust Studies and Israel Television, McGovern said that “diversion” argument was just “a rationalization,” since he and other pilots were already flying the area.

“There is no question we should have attempted…to go after Auschwitz,” McGovern said in the interview. “There was a pretty good chance we could have blasted those rail lines off the face of the earth, which would have interrupted the flow of people to those death chambers, and we had a pretty good chance of knocking out those gas ovens.”

At the time, McGovern and his fellow-pilots and crew had no idea what was happening in Auschwitz. “I attended every briefing that the air force gave to us,” he said. “I heard everyone, from generals on down. I never heard once mentioned the possibility that the United States air force might interdict against the gas chambers.”

According to McGovern, if his commanders had asked for volunteers to bomb the death camp, “whole crews would have volunteered.” Most soldiers understood that the war against the Nazis was not just a military struggle but a moral one, as well. In his view, they would have recognized the importance of trying to save the lives of Hitler’s Jewish captives, even if it meant endangering their own lives on a risky bombing raid.

Senator McGovern acknowledged the danger that some prisoners might be harmed by such bombing. Nonetheless, he contended in the interview, “it was certainly worth the effort, despite all the risks,” because the prisoners were already “doomed to death” and an Allied bombing attack “could have disrupted the slaughter,” thus saving many more lives.

McGovern concluded: “Franklin Roosevelt was a great man and he was my political hero. But I think he made two great mistakes in World War Two.” One was the internment of Japanese-Americans; the other was the decision “not to go after Auschwitz…God forgive us for that tragic miscalculation.” 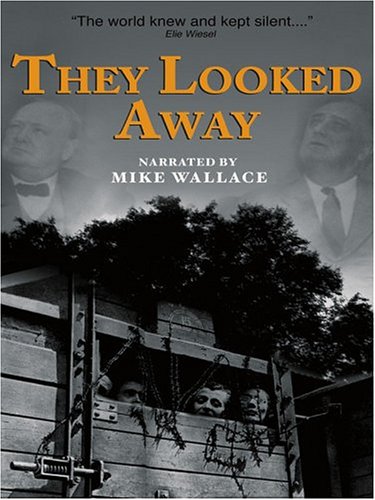