Actress and acting coach Stella Adler (1901-1992) played a central role in the work of the Bergson Group during and after the Holocaust. Her parents, Sara and Jacob Adler, were stars of the early twentieth-century Yiddish theater, and Stella was an acclaimed actress since childhood. In the 1930s, she brought the famous Stanislavski Method of acting to America and began working as an acting coach, in addition to her numerous roles in plays and movies. Eventually Stella would establish one of the most influential acting schools in the United States. In 1942, Adler began hosting meetings of the Bergson Group leadership in her Manhattan apartment and using her Hollywood and Broadway connections to recruit figures from the world of entertainment to add their names to Bergson newspaper advertisements. Her daughter, Ellen, said in a later interview: “Our apartment hummed with political activity. Mom and the Bergson boys would plan strategy. And she would introduce them to all sorts of people from Hollywood and Broadway and recruit them to support the group’s work.”

Adler was a member of the all-volunteer cast of Ben Hecht’s Madison Square Garden pageant, “We Will Never Die,” which the Bergson Group staged alert the public about the Holocaust in early 1943. After the war, Adler again collaborated with Ben Hecht, this time on a play, “A Flag is Born,” to publicize the plight of the Displaced Persons and promote the cause of Jewish statehood. For two of the leading roles, Adler recruited her half-sister Cela, who was also a prominent actress, and one of her own most promising students, 22 year-old Marlon Brando.

Adler was involved in organizing the Bergson Group’s July 1943 Emergency Conference to Save the Jewish People of Europe. The June 19, 1943 issue of the group’s newsletter reported: “A great number of prominent writers, columnists, publishers and artists, whose names read like a ‘Who’s Who,’ met at the home of Miss Stella Adler, the stage actress…to discuss the participation of their professions in the forthcoming conference which is to concern itself with saving the Jews of Europe….All those present became sponsors of the conference and joined its various panels. There is no doubt that the interest shown by these prominent personalities, their talents, their contacts, and the force of their convictions, will be of great value for the success of the planned conference.”

Adler also lead a delegation from Bergson’s American League for a Free Palestine on a mission to Mexico in 1946. At a rally in Mexico City.

“Stella spoke in Yiddish, a beautiful Yiddish, a beautiful woman with a beautiful soul,” her colleague Baruch Rabinowitz later recalled. “Tall, graceful, proud like a prophetess of old, her words rang out sharply and clearly as she read Ben Hecht’s ‘My Dark Prayer’ in a Yiddish translation…Stella was a great actress, but it was no act she put on that night. The words were written by Ben Hecht, but they poured out of her soul like a furious fire. She felt what she spoke. The great assembly was silent. Stella stood there, shoulders back, head held high, her blonde hair like a golden halo around her angelic face. The audience was stunned by Stella’s beauty and by her sincerity, and they broke into applause, spontaneous and real, very real.”

Reflecting back on her Holocaust-era activism, Adler later remarked: “It was one of the most important experiences of my life. The people were men of value, aristocrats of the mind, with social responsibility and the force to do something about it.” 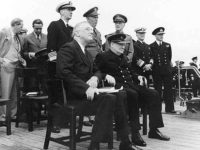 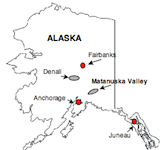