While most major American magazines and newspapers buried or ignored news about the Nazi genocide, a significant exception was the weekly political magazine New Republic, which challenged the Roosevelt administration’s refugee policy even though it strongly supported his New Deal policies in general.

One reason New Republic took such a forceful stance was that its editorial staff included Varian Fry, who in 1940-41 headed an underground network that smuggled some 2,000 refugees out of Vichy France. In December 1942, after the Allies confirmed that the mass murder of European Jewry was underway, Fry authored a feature article in New Republic in which he provided horrific details of Nazi atrocities, based in part on information provided by his former contacts in France.

Fry’s article and the following week’s editorial proposed specific action to aid the Jews, including creation of an Allied commission to rescue Jews; a threat by the Pope to excommunicate Catholic participants in Nazi atrocities; and asylum in the U.S. for all Jewish refugees for the duration of the war. They also urged the British to let Nazi satellite countries “send their Jewish subjects to Palestine rather than to keep them until the Nazis get around to slaughtering them.” New Republic warned that if the Allies remained indifferent, “they will make themselves, morally, partners in Hitler’s unspeakable crimes…If the Anglo-Saxon nations continue on their present course, we shall have connived with Hitler in one of the most terrible episodes of history…If we do not do what we can, our children’s children will blush for us a hundred years hence.”

Similar articles and editorials appeared in the magazine throughout 1943. In one, the editors praised the rescue proposals put forward by the controversial Bergson Group as “excellent, concrete, and workable. It is now up to the Allies.”

The August 30, 1943 issue included an extraordinary 20-page supplement titled “The Jews of Europe: How to Help Them.” In a series of eloquent and hard-hitting articles, it detailed “concrete proposals for the actions that can be taken now,” such as asylum in the U.S. and Britain for refugees; shipments of Allied weapons to Jewish resistance fighters; food shipments for starving Jews, just as food was shipped to Nazi-occupied Greece; and opening the gates of Palestine to Jews fleeing Hitler. “It is not yet too late,” the editors wrote, “to retrieve ourselves and to prevent our being recorded in history as the tacit accomplices of this most terrible of all crimes.”

The Jewish community greeted the New Republic supplement with enthusiasm. A columnist for the Yiddish-language Morgen Zhurnal declared: “It should be in the hands of every Jew and should also be spread through the Christian world.” Jewish organizations and others purchased more than 40,000 copies of the supplement within the first week of its publication. That issue of New Republic was the highest-selling of the year, and the enormous demand necessitated a second printing of the supplement–bringing its print run to a total of 90,000 copies. 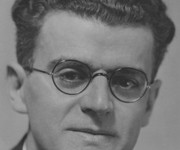