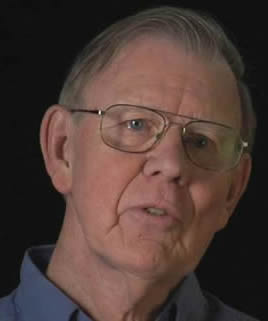 From 1966 until his retirement in 1991, Prof. Wyman taught at the University of Massachusetts, Amherst, where he was the Josiah E. DuBois, Jr. Professor of History and twice served as chairman of the Judaic studies program. DuBois was a Treasury Department official who, in 1943, played a key role in exposing the State Department’s sabotage of opportunities to rescue Jews from the Nazis. When the university honored Prof. Wyman by allowing him to select the name of his professorship, he chose Josiah DuBois.

Wyman’s first book was the critically-acclaimed Paper Walls: America and the Refugee Crisis, 1938-1941 (University of Massachusetts Press, 1968). He spent the next fifteen years researching and writing the sequel, The Abandonment of the Jews: America and the Holocaust 1941-1945 (Pantheon, 1984).

Wyman often spoke about how difficult it was for him, as a Christian, to be confronted with the evidence of the meager response by American Christians to news of the Holocaust; sometimes he “cried for days” and had to take a break from his research. As he explained to the Chronicle of Higher Education, he “had been brought up wth the belief that at the heart of Christianity is the precept that, when people need help, you should provide it.”

Prior to the publication of The Abandonment of the Jews, the widespread assumption among the American public was that there was little or nothing the Roosevelt administration could have done to save Jews from the Holocaust. Prof. Wyman’s meticulous research demonstrated that there were, in fact, many ways the U.S. could have aided European Jewish refugees, without interfering with the war effort or undermining America’s immigration laws. He documented how President Franklin D. Roosevelt and his State Department suppressed news about the Holocaust and ignored opportunities to rescue refugees.

The Abandonment of the Jews quickly rose to the New York Times best-seller list, and reviewers were nearly unanimous in their acclaim. “We will not see a better book on this subject in our lifetime,” Prof. Leonard Dinnerstein concluded. Prof. Hasia Diner wrote that Abandonment “systematically demolishes often repeated excuses for inaction.”

The Abandonment of the Jews won the Bernath Prize of the Society for Historians of American Foreign Relations, the Saloutos Award of the Immigration History Society, the Ansfield-Wolf Award, and the National Jewish Book Award, among other accolades. It went through seven hardcover printings and multiple paperback editions, as well as editions in German, French, Hebrew, and Polish, selling a total of more than 150,000 copies worldwide.

The book attracted considerable interest on Capitol Hill, as well. Twice in 1985, Prof. Wyman was invited to address groups of members of Congress. U.S. Senator Paul Simon (D-Illinois) devoted an installment of his weekly syndicated column to The Abandonment of the Jews, which he characterized as “one of the most powerful books I have ever read.”

During the decade following the book’s publication, Wyman was a featured guest on numerous major radio and television shows, including Nightline with Ted Koppel, The Today Show with Jane Pauley, and The Larry King Show. He delivered more than 400 lectures to synagogues, churches, civic organizations, and educational institutions, and even those represented only the fraction of the invitations that his teaching load enabled him to accept.

A BOOK THAT SAVED LIVES

The book also played a key role in the rescue of Jews from Ethiopia in 1985.

A secret agreement between Israel and Sudan in 1984 enabled an Israeli airlift of tens of thousands of Jews from an area along the Ethiopian-Sudanese border in 1984. In January 1985, Sudan suddenly halted the airlifts, leaving some 800 Ethiopian Jewish refugees stranded.

According to Israeli government officials and numerous news reports, the Sudanese decision was prompted by the premature publication of details of the operation by the Washington Jewish Week, which published them despite requests from Israeli and American Jewish leaders to hold back. Jewish Week editor Michael Berenbaum, who later served as the first research director for the United States Holocaust Memorial Museum, defended the decision to publish the information on the grounds that a number of people in the Jewish community already knew about it, and the details would soon be published elsewhere.

In early February 1985, Jewish activists arrived in Washington to lobby for U.S. intervention on behalf of the refugees. Los Angeles Jewish publisher Phil Blazer, his assistant Hal Sloane and Nate Shapiro, head of the American Association for Ethiopian Jews, met with State Department officials who told them that an American airlift was not feasible. Blazer and Shapiro turned to Congress, where they found a friendly reception, in part because of the impact of The Abandonment of the Jews.

Several weeks earlier, Jewish organizations had distributed copies of the book to every member of Congress. A number of members of Congress attended Rep. Stephen Solarz’s private book party for Wyman near Washington. “They had either read the book or read about it, and it made them feel more strongly than ever that the United States should not repeat the mistakes of the past,” Solarz said in a later interview. “The Abandonment of the Jews made the rescue of beleaguered Jewish communities a moral imperative from which our country could not turn away.” At about the same time, an Ethiopian Jewry caucus was created in the House of Representatives under the leadership of Solarz and Tom Lantos, himself a Holocaust survivor. On the Senate side, the key figures were Rudy Boschwitz and Alan Cranston.

In mid-February, Cranston’s aides drafted a letter to President Ronald Reagan and Vice President George H.W. Bush, urging the U.S. to intervene on behalf of the stranded Jews. In less than two days, all 100 senators had signed the letter. On February 22, the day after the Cranston letter was delivered to the White House, Blazer and Sloane met with vice president Bush, his senior aides Craig Fuller and Dodd Gregg, and Marshall Breger, the White House liaison to the Jewish community. Blazer presented Bush with a copy of The Abandonment of the Jews. “Mr. Vice President, we can do now what we didn’t do then,” he urged.

The Jewish activists were not the only ones who saw the link between the book and the refugee crisis. “By one of those amazing and fortunate coincidences of history, it was just at that time that David Wyman’s book was gaining nationwide public attention,” John Miller, then a freshman Republican congressman, said later. “There were feature stories about it in the newspapers, and he was on radio and television shows. It seemed like everyone was talking about Wyman’s book. It was must reading. And I read it. The powerful impact that The Abandonment of the Jews had on me became a major reason that I took a special interest in the plight of the Ethiopian Jews.”

Learning that Bush was scheduled to visit Sudan on diplomatic business in March, Miller went to see him. “I spoke to the vice president and his top aides,” he said. “I gave them a copy of the book, and I told them that this was a chance to write a very different history than the history of America’s response to the Holocaust.” Sudan might refuse to let the Israelis land on its soil, “but Sudan would not be able to say no to the United States–if our government insisted,” Miller believed.

On March 22, a fleet of U.S. Air Force C-130 Hercules transport planes airlifted the 800 refugees from Sudan to Israel. Congressman Miller said that he later spoke with Bush about the airlift, and the vice president “confirmed that his staff members had read Abandonment and discussed it with him, and that was a major influence in his decision to order the airlift.” Bush subsequently sent Wyman a handwritten note of thanks. Later that year, in a speech in New York City, the vice president referred to the persecution of Jews in Ethiopia and the Soviet Union and vowed, “Never again will the cries of abandoned Jews go unheard by the United States government.”

Wolf Blitzer, who was the Washington correspondent for the Jerusalem Post, wrote: “Today’s direct and very active cooperation by the U.S. government in helping to rescue Ethiopian Jews is in marked contrast to the documented abandonment of European Jewish refugees before and during World War II…[which has been] well-documented in David S. Wyman’s recently published book, The Abandonment of the Jews.”

During a visit to Israel in 1988, Wyman’s hosts took him to an orphanage to meet some of the children who had been rescued in the airlift. He described it as one of the most moving experiences in his life. In 2008, Wyman visited an Israeli air force base, where he met Major-General Amir Eshel, who was involved in the 1985 airlift operation, and Moshe Gadaf and Ami Farradah, who, as eight year-olds, were among the Ethiopian Jewish children who were rescued.

Wyman was editor of America and the Holocaust, a thirteen volume-set of the documents used in The Abandonment of the Jews, published by Garland in 1990, and editor of The World Reacts to the Holocaust (Johns Hopkins University Press, 1996).

He was the coauthor, with Rafael Medoff, of A Race Against Death: Peter Bergson, America, and the Holocaust (The New Press, 2000), and also contributed a chapter to Medoff’s 2018 book, Too Little and Almost Too Late: The War Refugee Board and America’s Response to the Holocaust. Wyman passed away in 2018, following a long illness. His wife, Midge, who assisted him in his scholarly work, predeceased him in 2003.